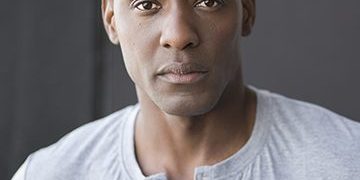 Actor based in New York City. Notable Television credits include Netflix original series Marvel’s Jessica Jones, Unforgettable (A+E). Theatre: Hamlet featuring Academy Award nominee Paul Giamatti; Yale Repertory Theatre, Pericles; Prince of Tyre and Julius Caesar; Elm Shakespeare Company, Pecong featuring Tony Award winner Lillias White; National Black Theatre of Harlem Othello, Angels in America among many others. He has an M.F.A in Acting from the Yale School of Drama. Received the Eldon Elders Fellowship (2012), the Oliver Thorndike Award for Acting (2013) and Caribbean Life’s 40 Under 40 Award (2014). As a Film Producer & Screenwriter: His first film Come Out, Come Out World Premiered at the Cannes Short Film Corner 2017 and was an official selection of the 2017 Trinidad and Tobago Film Festival. His recent film The Deliverer will premiere at the Caribbean Tales International Film Festival in Toronto and his other film Between Us shot both in South Korea and New York City will premiere at Woods Hole Film Festival in July 2018. His feature length screenplay The Deliverer was a shortlisted finalist at the 2017 Sundance Institute Screenwriters Lab and he is currently in-development for a feature film; Between Us set in New York City and South Korea. Co-artistic director of Scarlett Project; a non-profit performing arts and arts education company dedicated to producing Caribbean theatre (Smile Orange, Rum and Coca Cola). As an Educator Paul has taught at The Yale School of Art, New York University Tisch School of the Arts, Massachusetts Institute of Technology (MIT) Music & Theatre department, Amherst College, New York Film Academy, H.B. Studio, University of Puerto Rico; Mayagüez Campus and University of Trinidad and Tobago; Academy of Performing Arts. Paul was born and raised in Trinidad and Tobago.

Serpents Mouth is a crime drama with elements of thriller and neo-western set in the Caribbean.
Imagine the morally ambiguous characters of Vince Gilligan’s BREAKING BAD and Netflix’s NARCOS but set in conflicting dual worlds as in Steven Soderbergh’s ‘the war on drugs’ classic TRAFFIC.

This television series follows Joseph Chike, a righteous-minded Trinidadian fisherman on a hunger strike, as he protests a corrupt government forcing his village off ancestral land to make way for an oil refinery.

When Joseph loses the support of the village he brokers a deal with Shane Khan a mysterious Venezuelan drug dealer to raise a hefty bribe to pay off a power mongering government official.

He must traffic cocaine across Serpents Mouth: the perilous body of water that separates Trinidad and Venezuela.

With a fraternal partnership forged in crime, Joseph and Shane build a thriving drug cartel as Joseph struggles to keep his family together and maintain peace in the village. With attacks from rival cartels and terrorist groups even political blackmail being rampant, Joseph must contend with Shane’s dark past as he navigates this criminal underworld while salvaging what’s left of his morality.

Serpents Mouth unfolds in a remote fishing village in Trinidad and Tobago, a lawless refuge in Tucupita, Venezuela and across the treacherous strait of – Serpents Mouth.