CaribbeanTales gets off to a flying start at TIFF. 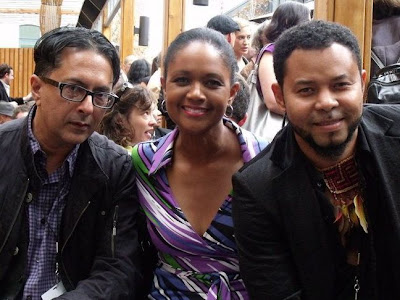 Caribbean filmmakers descended on Toronto in numbers for the Toronto International Film Festival (TIFF) held at various venues around Toronto from September 9th to 19th. These filmmakers, some new to the craft and others experienced hands, were assembled by the energetic filmmaker and producer Frances-Anne Solomon and her colleagues from Caribbean Tales Worldwide Distribution Inc., a newly-formed distribution company whose mission is to bring Caribbean films to the world. 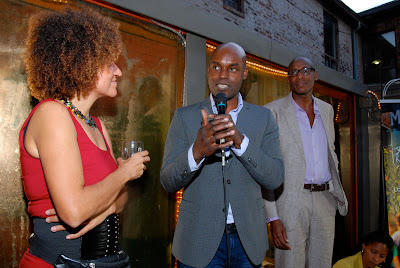 Some of the filmmakers present included Mary Wells of Jamaica, Tony Hall of Trinidad and Tobago, Sharon Lewis of Toronto, and Allison Saunders of Barbados. In all 25 filmmakers from across the region participated in a 3-day Incubator Workshop held at the University of Toronto to develop and hone their marketing and presentation skills. The workshop was facilitated by Michelle Materre of New York and Tanya Mudaly of the South Africa Broadcasting Corporation. They went on to participate in several TIFF events including the ReelWorld Indie Networking Event hosted by Tonya Lee Williams. 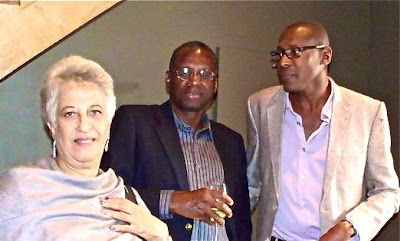 View more photos of the CTWD launch on Flickr.

Ms. Solomon expressed her delight at the strong participation of Caribbean filmmakers at TIFF thanks to sponsorship from UNIDO, Caribbean Export, Canada Council for the Arts, Invest Barbados, Caribbean Airlines and the Commonwealth Foundation. She said, “It was exciting to organize this event and very gratifying to see Caribbean and Diaspora filmmakers network with each other, make valuable contacts in the world of film and sharpen their pitching skills. I feel that Caribbean film is about to take off and Caribbean Tales Worldwide Distribution will be the spearhead of the effort to bring Caribbean stories to global audiences.” She went on to state “We will be hosting the Second Caribbean Tales Film Festival and Symposium in Barbados in February 2011 and we will be back in Toronto for TIFF in September 2011 with an even larger contingent of Caribbean talent.”